SUMMARY: In this article I talk about ways in which performance interprets the text upon which it is based. 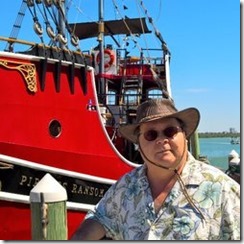 Performance is Interpretation. In some ways, this may seem obvious, but then again maybe it is not. A common complaint I hear from people who have read a book and then watch a movie is that the movie “messes stuff up” or perhaps that the movie “is not as good as the book.” What is really meant, is that the directors vision for the book was different than that of the reader. There have been some notable exceptions … the Harry Potter movies are such an example. The reason they were video graphic versions of the books is based upon two things. One the books were so detail laden in describing the scenes that the director merely had to film what was described. Two the author of the books maintained a lot of control over the filming of the books and so she was able to enforce her vision of the stories.

But often there is a lot left up to the readers imagination. In fact, a common principle I use when writing is “less is more.” This dictum exerts itself in many different ways. Perhaps when describing some sort of conflict, or a place. Rather than laying adjective upon adjective, it is best to pick the one word that evokes a sense of purpose, place or violence. Leave the rest up to the reader to personalize the scene. And, so if a certain menace is intended, I may not really name the actual menace, but instead leave it to the reader. Each reader knows what scares them much more than I might.

So, in a book I may have the following exchange:

“I can certainly see that,” replied Sheila.

How does one interpret this exchange? In performance it is up to the director. He could view the scene as one of two hostile characters meeting up with one another. He has Bob clutch his jaw, and ball up his fists as he says “I am happy to see you.” To which, Sheila takes a step back and has an expression of horror as she replies “I can certainly see that.” Or maybe the director wants the scene to be laden with subtle sexual innuendo, and so Bob says, perhaps innocently, “I am happy to see you” and Sheila smiles, and with a bouncing lilt to her voice says after eying him up and down, “I can certainly see that.” Maybe she also takes a step towards Bob, or places an arm around him at the same time.

It would not take much to transform Hamlet from a tragedy into a comedy by simply changing a few stage directions, adding some music and having the players “over act” their scenes. In fact, much of the dialogue would not even need to be changed. That is, what makes the scenes with Nick Bottom, the weaver, and the other craftsmen so funny in Midsummers Night’s Dream.